As a socially responsible company that supports artisanal communities, we are committing 100% of the profits from any the sales of the México a Través del Tiempo series to be donated to the Causa Azul Foundation.

The Causa Azul Foundation believes in the artisanal value of the México communities that with its artisans preserves the expressions that make-up the Mexican identity. Therefore, from the sales of the México A Través del Tiempo bottle collection, The Causa Azul Foundation wishes to generate support for strategies that will improve the cultural development of artisans in this region. Thus, providing them with the appropriate equipment for their studios, and the raw materials needed to continue producing art. In addition, the necessary planning needed so their art reaches exhibition sites as well as training them in marketing their works. We are convinced that by supporting these artisans we are stimulating and keeping the Mexican culture alive.

Meet the artisans we support and their work 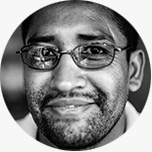 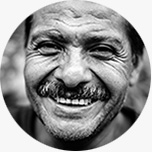 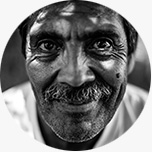 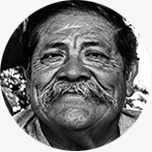 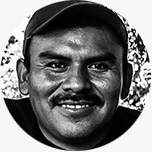 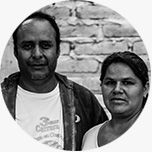 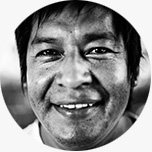 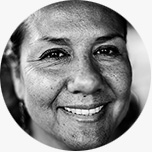 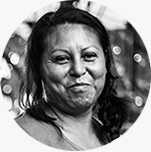 Clay is one of the most prominent crafting materials in Jalisco. Its pre-Hispanic origin has prevailed until our times with different working techniques. I am Armando Barrera and I have been working with burnished clay handcrafts for more than 18 years. Its name comes from the usage of a small pebble for polishing the pieces.

To create a piece, we need to knead the clay. After that, we have to model it, engrave it and hand-paint it. The piece is carved with pyrite to polish it, and it is finally fired for three hours at an 800 and 900 degrees Celsius temperature. This technique gives it an antiqued finished; after cooling, the piece is ready.

My workshop is currently located in San Juan Evangelista, Jalisco. Almost the whole process is made by hand, but I have 2 mts by 1.5 mts cylinder gas oven for firing the pieces.

I make different kinds of handicrafts, going from pots to centerpieces, pre-Hispanic sculptures, fountains or complete furniture for indoors or outdoors, as well as religious images of virgins.

I have been awarded with the main prize of the Seventh Handcrafts Exposition and National Contest "Las manos de México; forma, color y textura (the hands of Mexico; forms, colors and textures) in 1999, in Mexico City.

Besides being a family hobby, horses have become the main source of our work. I am José Antonio Rodríguez, and with my wife and kids, we have a mane-handcrafting workshop. “Mane” is another name for horsehair.

After washing it, disinfecting it and sometimes dying it, the horsehair is hand-knitted using a thread and needle. This technique is utilized to create pieces such as key-chains, bracelets, shawls, belts and handbags.

Some television networks, such as Canal ONCE, owned by the National Polytechnic Institute, have documented our work.

We have been awarded with some recognitions: in 2012 we obtain the first and second place under the category of Functional Handcraft from the Handcraft Institute of Jalisco.

My name is Margarito García, I was born in San Lucas Evangelista, and besides of being an artisan, I am an elementary school teacher. Now I am retired, but I still work on the craft that I learned from my parents and that I have been doing for over 35 years: artisanal basalt stone carving.

I mainly make "molcajetes" and "metates", but I also make other functional handcrafts as ashtrays or jewel-boxes, as well as some other larger sculptural pieces with pre-Hispanic motifs.

In 2013, I obtained the second place in the category of Functional Handcraft, award provided by the Handcraft Institute of Jalisco.

I am Ignacio García, I am 62 years old and I have been a craftsman practically all my life. Throughout my career, I've received more than 50 accolades from different institutions throughout the country, and I have been the recipient of several awards, including the Presea Águila de Plata (Silver Eagle Medal) in 2009, given by the Cultural Festival "Fiestas de Octubre”. Under the Basalt Stone Sculpture category from the Handcraft Institute of Jalisco, I obtained the second and first place in 2011 and 2012 respectively. As promoter of artisanship and for showing around my work, I have traveled to several places in the United States and Canada.

I inherited this craft from my predecessors, since my grandfather, Salvador García, was one of the first "metateros" who started to work over 100 years ago for the Hacienda de la Joya, which set the origin of my hometown, San Lucas Evangelista. My father Narciso García continued with the craft, and taught my brothers and me everything about it. Currently, my children and grandchildren also work as craftsmen.

I work at my house's backyard, laid on an 80-year-old plum tree. I lean on the tree's stem and I ask permission to the stone to work with it. Then I find a form and start hammering and carving it until the piece is finished.

I mainly make molcajetes, metates and some religious images, such as the Talpa or Guadalupe virgins, as well as pre-Hispanic deities such as Quetzalcoatl and Chac-mool.

My name is Marcos Rosales. I grew up watching my parents and my grandparents work the basalt stone. My grandfather, Pablo Rosales, was part of the first generations of basalt stone craftsmen. He was one of the first artisans to innovate on the molcajete design for developing the typical "piggy head" molcajete, which is very used among the Mexican cuisine, since it is where normally the salsas are made. My father, Jesús Rosales, continued with my grandfather's legacy, and I acquire the taste for being an artisan just by watching them work.

My workshop is located in San Lucas Evangelista, Jalisco. Here, we continue making the pieces such as molcajetes with different geometric shapes (oval, square, etc.) or with different decorations and forms, such as turtles or snakeheads, all of them with the highest quality standards. We also make, among other handcrafts, glasses and pendants made out of "alebrije" figurines.

In 2012, the Handcrafts Institute of Jalisco awarded me with the first place under the Decorating Handcraft category.

I am Victor Cocula and I am a craftsman by family heritage. My grandfather, Pedro Cocula, was part of the first generation of artisans who worked with basalt stone, around the thirties, when my hometown was founded. I grew up watching him and my father Gregorio Cocula, who started to teach me the craft when I was a kid, on my free time.

Some time ago, my grandfather inherited his work tool when he was still alive, and told me: "Son, with this tools I raised my children...I gave them a roof over their heads. You can do the same thing; there is no better heritage to a man than a dignifying craft as it is being an artisan".

My workshop is located in San Juan Evangelista, and the main pieces that I make are metates and molcajetes with different designs, although I liked being specialized in decorating handcrafts dedicated to rescue some extinguishing accessories and tools.

In regards of these designs, in 2013, the Handcrafts Institute of Jalisco awarded my with a honorary mention for the piece titled "My grandfather's heritage", and in 2012 I obtained the second place under the category of Functional Handcrafts, awarded by the same institute.

I am Esthela Real, and I have been working with my husband Ángel Aguilar for more than twenty years on handcrafts made with the volcanic rock called obsidian. This ancient technique, better known as lapidary, has its origins on the pre-Hispanic era, when the Mesoamerican cultures manufactured weapons or tools. Its confection involves carving and wearing the stone until shaping it.

My husband learned how to work with the obsidian in Teotihuacán since he was 14, and he taught me the technique. Our workshop is located in San Juan Evangelista and the main pieces that we make are pendants, earrings and animal figures. We also make some sculptural figures of women's bodies or geometric and abstract creations.

Ángel has been recognized with the Lapidary State Award, provided by the Government of the State of Puebla in 2002, and by the State Lapidary Artisan Creation Contest in 2013, organized by the Handcraft Institute of Jalisco.